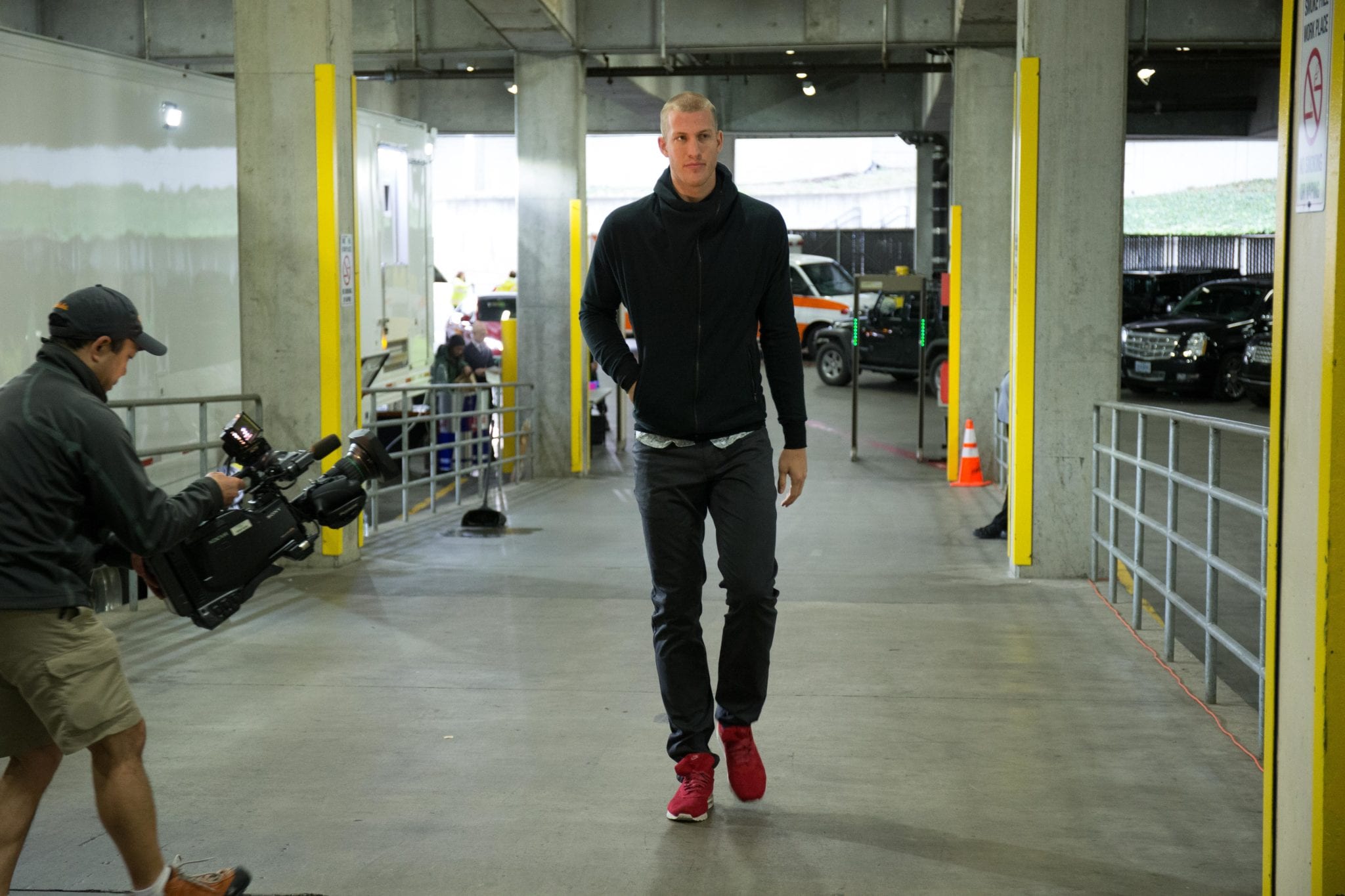 Trades in the offseason are a lot easier to deal with (having done it both ways now), but I am ready for the team I’m joining and love the fact that we are in a playoff hunt. I haven’t played for a team that plays consolation games since AAU and have no interest in that. Denver is a blessing for sure.

I found out in the morning I was traded and basically packed a bag for the next two months for my stay in Denver. No lie, I watched the Minimalism documentary on Netflix like a week ago, so I felt semi-prepared to pack this Tumi. What you don’t take is equally important as what you do. #majorkey

From a basketball standpoint, it’s freeing a bit because realistically, you can’t know every play and you just go and hoop on instincts. Make plays that make sense and most of the league has the same principles on defense anyway. Coach Malone is real cool and I’m excited to work with strength coach Steve Hess; I know he has a great reputation around the league. I’ve only been here for a little bit, but this weather is fine by me – I traded in the rain for some sunshine.

Lots of emotions, quick turnaround, but it’s all part of a bigger plan — that’s what I always maintain. I know I’m in Denver for a reason and we’re going to make the most of it.