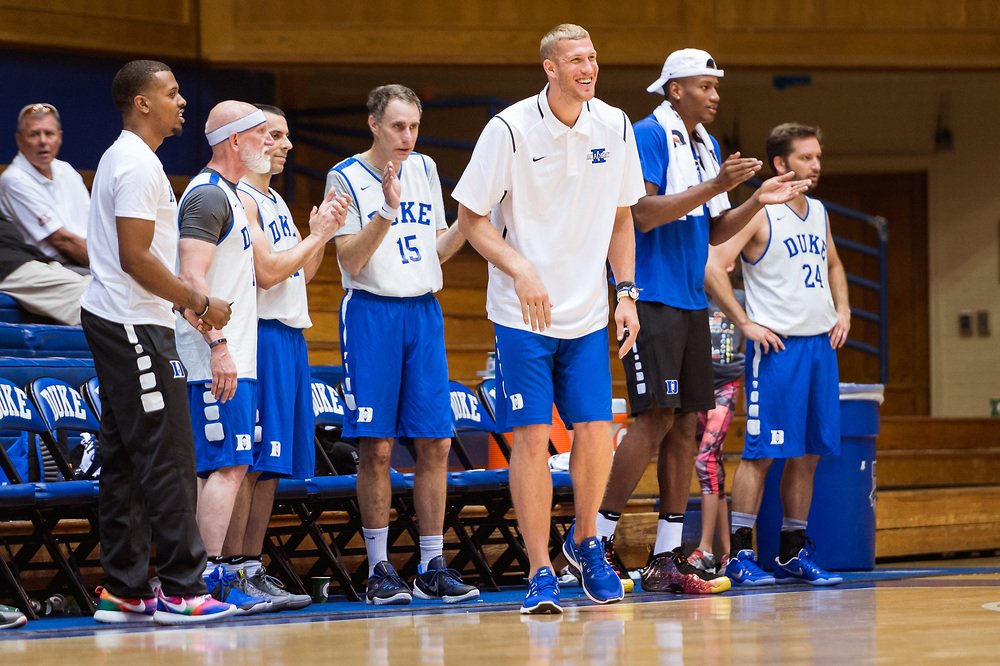 K Academy is like a reunion for former Duke players and fantasy camp for everyone else. I appreciate that Coach K does this because we’ll never have a homecoming or reunion that everyone can attend with the craziness of the league schedule and guys playing overseas, etc. For five days, alumni players come back to campus and get to coach the campers and play with the current guys.

The set up of K Academy is for guys 35 and older to come and live the life of a Duke basketball player, minus the studies (and we do go to class at Duke). They hoop for four days and there’s an eventual champion after a tryout, draft night, practices, film sessions, regular season, and tournament games. And let’s not leave out a whole lot of treatment and TLC from the training staff for the old heads.

I want to give a special shout out to Team Seattle this week. These guys played their butt off and gave me my first head coaching experience. I only got one technical (we had run out of timeouts, but I called one like Chris Webber), and had six players on the floor one time. Other than that we were smooth.