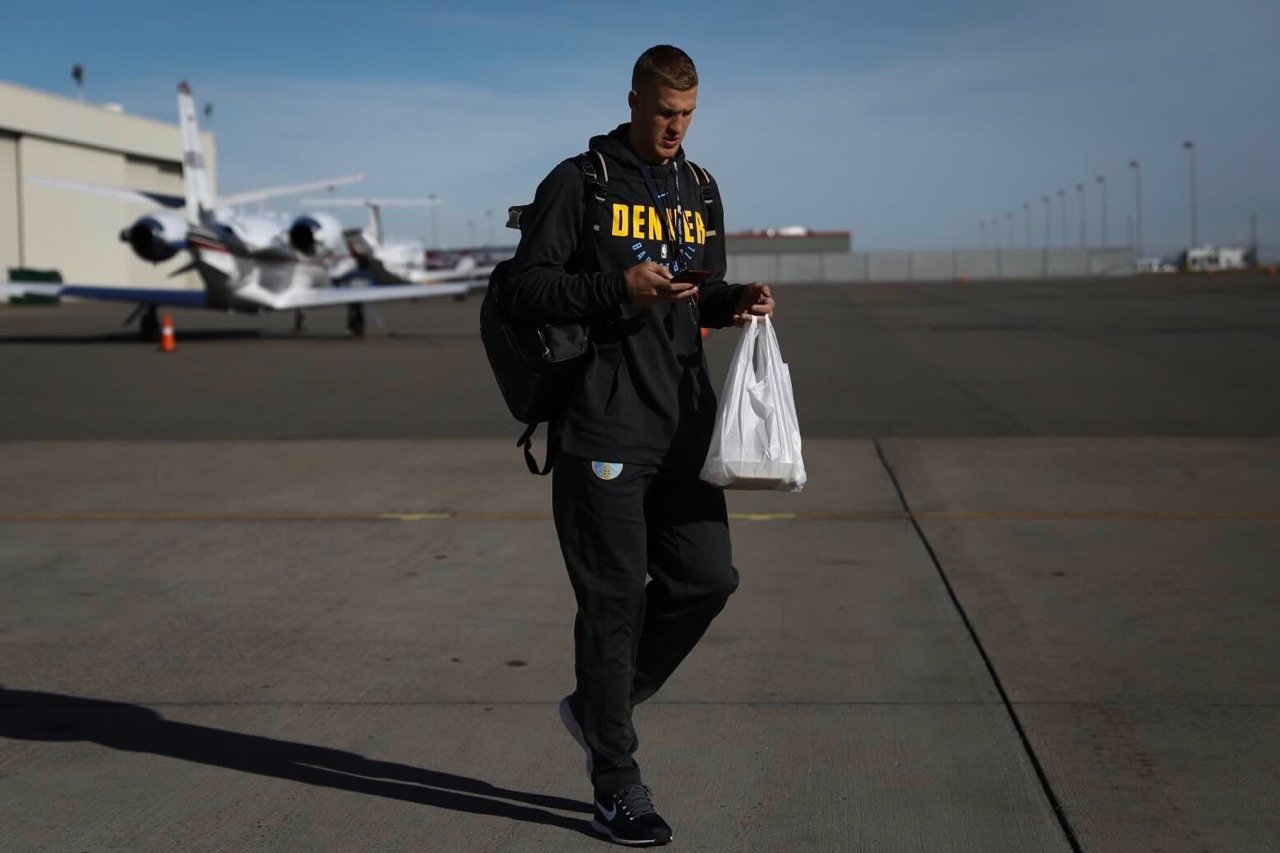 Our first major road trip of the season was a busy one for me. Every year there are a few cities I circle on the calendar because I know I’ll see a lot of family and friends. This year we hit three of those cities on one trip — Charlotte, Atlanta and New York.

Charlotte is a couple of hours away from where I went to high school in Arden, NC, so I usually see a few of my teachers and friends from Christ School whenever we’re in town. Before our game with the Hornets, I had a chance to sit down and talk with a group of students, including a few members of the basketball team. During my time as a Greenie, we won three state championships and accomplished a lot of great things on the court. But my experience at Christ School was so much more than basketball. It’s where I met some of my best friends, developed a love of learning and grew as a man and a person of faith. It was great to catch up with current students and hear about their experiences, which seem very similar and equally positive. Christ School is a place that will always be a home away from home.

Next, we flew to Atlanta which is where my brother Miles is playing this year. Miles and I both lived in New York last summer, and we try to spend as much time as possible together in the offseason. But it’s rare to see each other during the season, except when we are playing in each others’ cities. We had the whole family in town, including my parents, aunts and cousins, so it was great to see everyone, even if just for a couple days. I checked out Miles’s new apartment (furnished and decorated by mom…) and his new whip, which looks like a fun ride — though I may roll with Dennis Schroder next time I’m in town…

We also had a chance to practice at Paul Millsap’s private gym outside of the city. It’s a state of the art facility with a couple of full-courts that Paul uses in the offseason and for friends and family. I think he should start selling memberships. It was cool to see Paul get such a warm reception when we played the Hawks. He’s a great pro and he gave a lot to that franchise.

Our last stop was New York City, which is my summer home and the undisputed greatest city on earth. There is always something to do and see in New York and I have a lot of friends there from college and my time in Brooklyn. On this trip, I had a great dinner at Buddakan with a few of my friends and then hosted a little event at VR World for Nuggets staff and players. I had been to VR World when it opened over the summer and was blown away by the experience. Once you put on the headset, you’re truly in a different world as the games are so lifelike and realistic. I don’t see how VR won’t become mainstream in the next few years. There are so many possible applications of the technology – science, gaming, fashion, etc. VR World brings all of the latest and greatest under one roof. Hopefully, the guys had fun. I definitely did.

On Saturday, I spent a few hours working on a project that I’ll be unveiling on my website this season. I’m putting together a series of interviews with millennial founders and CEOs to help showcase some of our generation’s entrepreneurs, their work ethic and contributions to society. In New York, we interviewed my friend Erica Jain of Healthie and Ken Park of Detox Water. More to come soon…

Playing in Brooklyn will always be special to me. That’s where my NBA career started and where I played alongside some legends. I learned a lot from those guys and also have some pretty hilarious stories from that time that I’ll have to write about at some point…though I’m not sure how many I can share without getting into some serious trouble. Anyway, it was great to be back in the Barclays Center.

I’ll be putting out a list of my favorite gyms to play in soon and Madison Square Garden is near the top of the list. It’s the mecca and probably always will be. My first game at MSG was in the Jordan All American game — and that was also my first time to NYC. I have a lot of great memories from that building, including being on the floor when Coach K passed Bobby Knight on the all-time wins list in our victory over Michigan State.

One of the nice thing about road trips this year is being able to come “home.” I’ve settled into my new digs and am looking forward to getting out and exploring Denver.