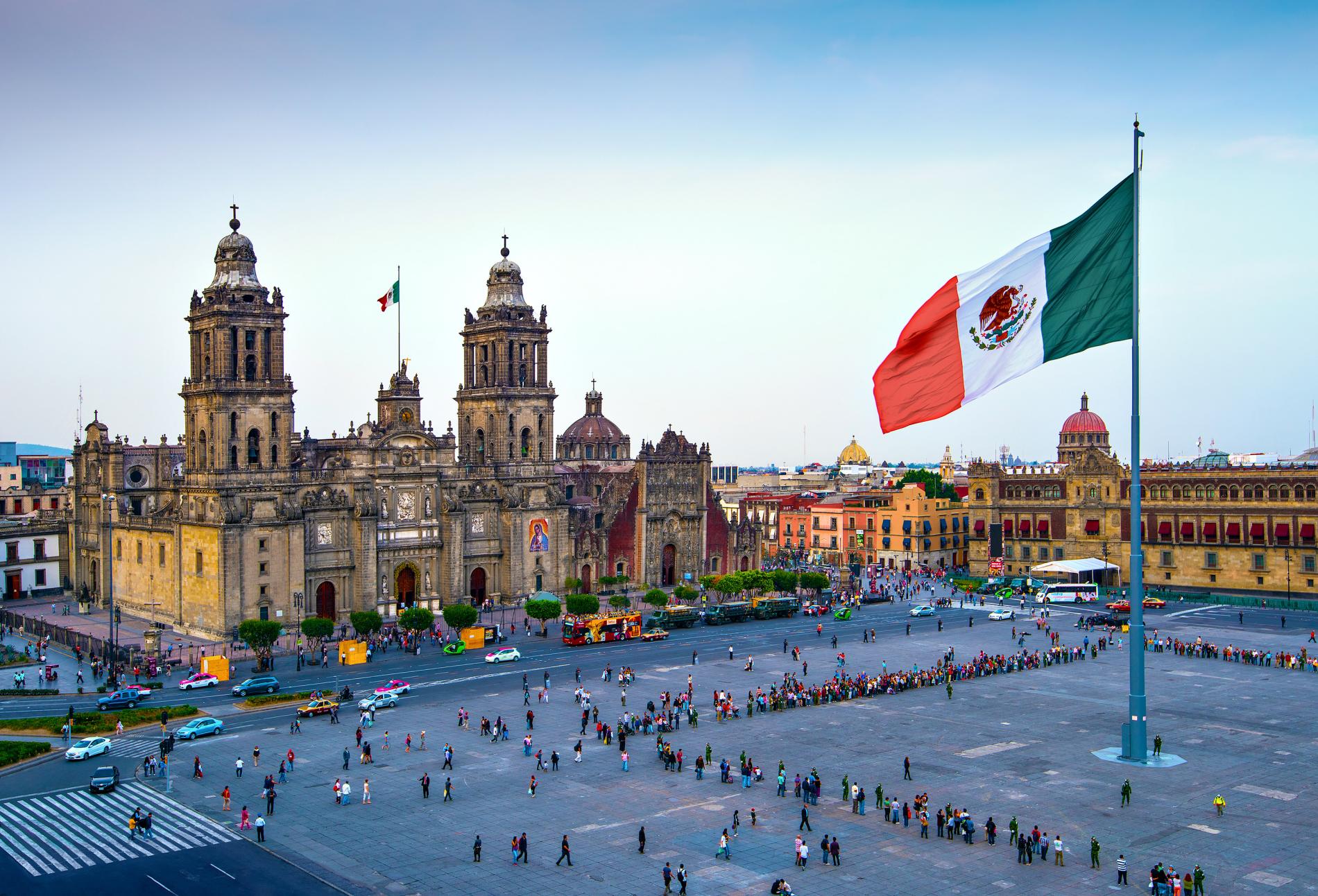 Fast Company recently named the NBA one of the world’s most innovative companies. Hats off to Adam Silver and the league office for taking our league and our game in new and interesting directions (always a good idea to have a Blue Devil at the helm). We’ve got an esports league, we are at the heart of the VR revolution and we’re introducing a 20-team league in Africa. We’ve got a presence on every continent, in every place — real and imagined.

What makes it all work is that we have the most exciting athletes in the world, competing on stage night after night. I’ve been in the league for six years and something happens every game that still amazes me. There’s nothing that compares to the competition and entertainment of an actual NBA game and there’s no substitute for seeing our players and superstars live. It’s why we set attendance records for the fourth straight season. And it’s why I believe that the best way to continue to grow the game is to bring NBA basketball to new places, and I would argue, a new country.

The Toronto-Golden State series convinced me of this more than ever. The Raptors galvanized a country and generated a new sense of national pride in Canada. A nation known for hockey is getting global shine for basketball. Even the national anthem is in the spotlight.

It’s time for the NBA to take the next step in its international expansion and bring the NBA to Mexico City. Not for an occasional game. Not for a G-League franchise. But for the full NBA experience. Give tens of millions of fans a rooting interest. Create new opportunities for our players and the local economy. Make a global statement.

Who Can Do It

I considered titling this piece “An open letter to Carlos Slim” because launching the new franchise is going to take a whole lot of pesos. There is big money in Mexico City and Carlos is as the top of the food chain, with a net worth of more than $60B. If Carlos doesn’t have the bread, the Servitje family might. They run Grupo Bimbo, the world’s largest bakery with brands like Sara Lee and Entenmanns (making for some great possibilities in the concession stands).

Another Mexico City billionaire is media mogul Ricardo Salinas Pliego, whose Grupo Salinas controls TV, tech and finance companies — and already owns a top division Mexican soccer team. Or perhaps a Green Bay Packers-style IPO could be the way to go, giving fans throughout Mexico the chance to own a piece of their national franchise.

I realize Canada has different economic conditions than Mexico, but the Raptors have proven that an NBA franchise is a solid investment. The Raptors are the most valuable pro sports team in Canada (worth around $2B), more than the Maple Leafs and Blue Jays. My guess is that with the right partner, solid infrastructure and a long-term commitment, a Mexico City franchise could be a giant. Some logistics related to taxes, customs and immigration would need to be sorted out with the government, but maybe that could be part of Trump’s secret tariff deal.

At first glance, traveling to Mexico City seems like an issue for some Northeast teams, but the scheduling wizards in the league office group road trips for opposing conferences, so it would make sense to play them after a Texas swing. Mexico City would have to be in the Southwest Division, meaning the longest in-division flight would be about 3.5 hours to Memphis — which is comparable to travel time between Portland and OKC or Minnesota. Need I remind you we travel nice (and direct). I’ve always seen travel time as an issue whenever London comes up as a possible NBA destination, especially with the time zone consideration, but Mexico City is closer and in an NBA time zone.

Having played against Mexico in the World Cup and watching their athletes represent them in international competition, it’s clear that there is a strong sense of national pride on the pitch, the court, and in the stands. I would imagine a home game feeling much like a futbol match, with a constant stream of noise, chants, songs and a healthy dose of (hopefully positive) hooliganism. It would be a much different environment than the casual viewership at the two games the NBA hosts in Mexico City right now, in which fans have no rooting interest. If the tourist city of Las Vegas can adopt the Golden Knights in one season and do stuff like this, imagine what will happen in Mexico City, where fan celebrations have caused earthquakes.

NBA players have had a positive experience with fans in Mexico. Robin Lopez, who played in the Bulls-Magic matchup in Mexico City this season gave his endorsement: “It’s always fun. It’s always very vibrant. It’s a wonderful fan base.”

While soccer is Mexico’s most popular sport, basketball is a clear #2. Kids play throughout the country and have been playing for a century. Fun fact: when Mexico was going through a revolution in the 1930’s, the president decided that one step in forging a new national identity was building basketball courts. Much like it is in the U.S., pick-up basketball is part of the culture. There are young fans in the pipeline ready to embrace the game at the pro level.

To date there have been four Mexican players in the NBA, most notably Eduardo Najera and Jorge Gutierrez — one of my all-time favorite teammates. I asked Jorge about the prospect of having a franchise in Mexico City, and he shared the following:

You can see in the games when the NBA plays here that the game is growing. The arena is packed. You can see it with the Mexican [basketball] league. There are more teams, more people coming to games. I think Mexico is ready for the opportunity to get behind a big team. It would be kind of like Canada is right now [with the Raptors]. To have a team playing in the NBA would be a good thing for the whole country.

Let’s just say “large market.” With 21 million people, Mexico City is the most populated metropolitan area in North America, more than New York and Los Angeles. While cities like Seattle, Vegas, and even Kansas City have been in the discussion for the next franchise, they are all relatively small media markets, a consideration when it comes to exposure, marketing opportunities and financial sustainability.

Additionally, Mexico City has great weather, a world-class arts and restaurant scene and has been ranked as high as #1 on the New York Times’ global travel list of “Places to Go”. Culturally, there could be an adjustment for some guys, but who would have thought Kawhi would move to frigid Toronto and start laughing during interviews?

Players would have a state-of-the-art venue, the Arena Ciudad de Mexico, to call home. And there’s a serious home-court advantage when you’re training and playing at altitude. Mexico City’s altitude is 7,382’ above sea level — that’s higher than mile-high Denver and a major adjustment for visiting teams. It wouldn’t surprise me to see an expansion franchise with a winning home record in year one based on altitude alone.

There would be some red flags in bringing a team to Mexico — but according to Jorge, less than you might think.

“We don’t have the level of organization down here like [in the US],” he told me. “But there’s a lot of money and I think companies and investors would help if they see it’s something serious.”

Sure, there might be moments like when he and his Mexican National Team teammates got their uniforms moments before they left for the World Cup in Spain — and discovered that instead of the usual two sets (home and away), they’d be playing in reversibles. But more often than not, people will find that Mexico is on the ball and in fact, a developed country that doesn’t cut corners.

Eduardo Najera recently said, “I want a team and everybody here wants a team. We know that we have the economic infrastructure to have an NBA team in Mexico City, and we already have this beautiful arena. I really think we are getting closer.”

Let’s be the league to do it. We’re not in Fast Company for nothing. Time to be bold, grow the game and shake up the world with some more fan-induced earthquakes.