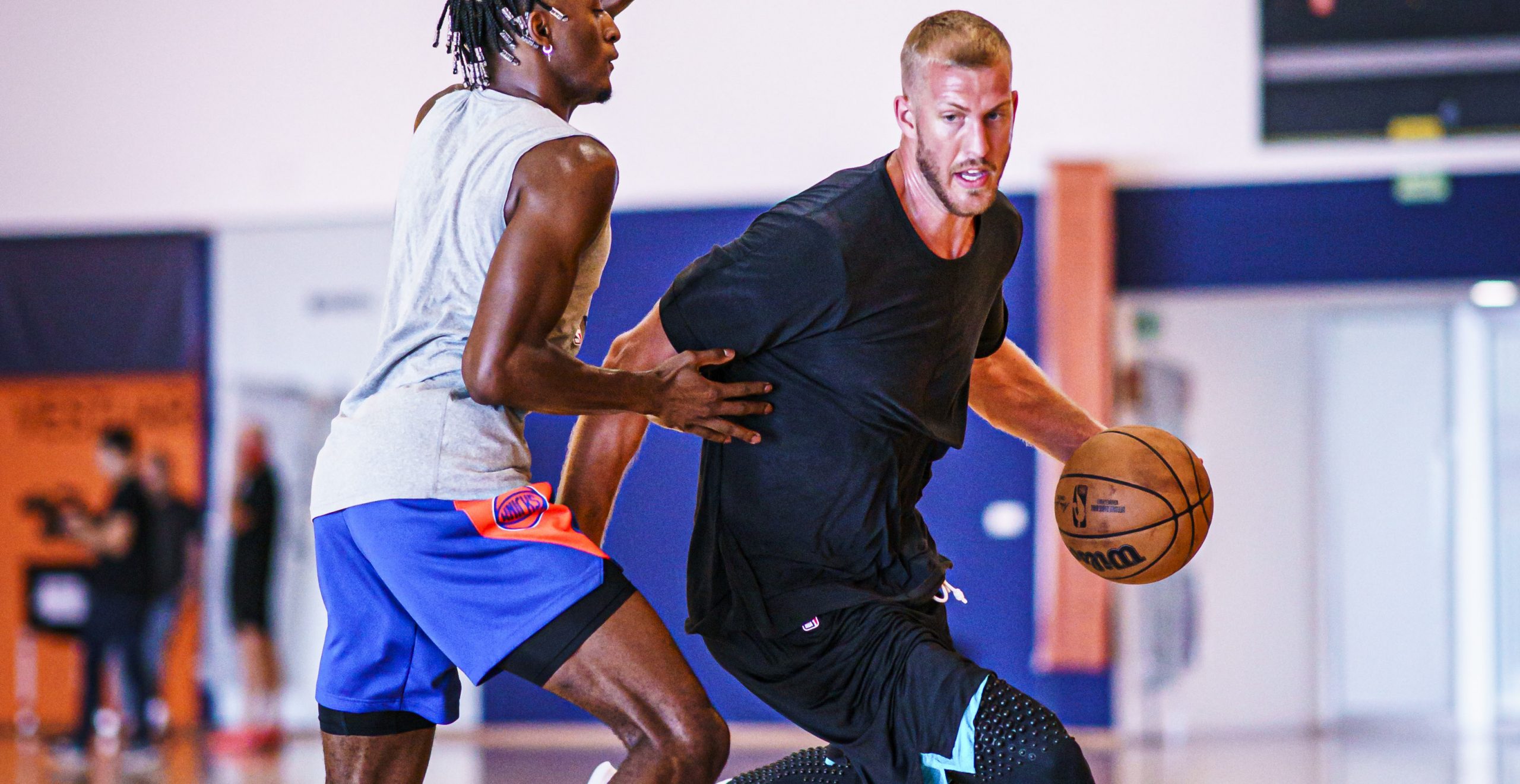 My favorite opportunities are the ones that happen organically through my own day-to-day experiences – not necessarily when you’re pitched by someone making the rounds. Last winter I reached out to a friend of mine, Brandon Burroughs, Nike’s former head of product and experience in their Global Digital Innovation group. I wanted his advice on a portfolio company. I quickly learned that he had left Nike to join a new start-up that he didn’t mention by name, as it was still in stealth mode.

I wanted to know more.

Brandon and a few former Nike execs were working to launch Omorpho, a line of Gravity Sportswear. The pitch deck showed someone wearing bulky ankle weights, then a following slide of someone wearing the prototype Omorpho gear which features high density polymer prints distributed evenly across the garment. They called it microloading and the concept was so beautifully simple yet powerful.

Founder Stefan Olander shared stories of trialing many of the uncomfortable and clunky weighted vests that have been around forever and ideating on what he could develop to maximize a training session, but done in a way that was both beautiful and comfortable. He pointed out the whole athleisure world has been focused on lighter, sweat-wicking, and less-is-more for the better part of a decade and there was a decided reason to go the other way.

I used to swim competitively so I’d experienced something conceptually similar to their product in the water with drag suits. They don’t slow you down a ton, but it was enough to notice especially over the course of a practice. I was curious to see what the effect of two-to-three pounds of weight on upper and lower garments could do in basketball training.

Fast forward…I used the product off and on all summer and felt a considerable difference particularly with the upper garment. The magic behind Omorpho is that you can do everything you were already doing in training. You wouldn’t even try to get shots up with ankle weights, but you can with this. I wore it for full workouts, scrimmage, cross training. I don’t know of another product where you can maintain consistent rhythm and fluidity while adding weight. Their weight vest is a better iteration of what’s existed but the long sleeve top and bottom are completely novel to me. People definitely wanted to feel and touch it. It is truly a new product. That’s exciting to me. What was less exciting was people touching me out of curiosity or asking if I got it from Wakanda. Yes, it’s got a unique look.

I found in a one-hour workout I really started to notice the weight in the last 15 minutes. I wouldn’t suggest it for a warm-up, but for offseason training, getting in shape, when you’re cross-training, going up hills – it’s the perfect time. I also noticed a difference with things like creating muscle habits and working on form – like shooting, for example. When the muscles get fatigued it makes you focus in deeper, you’re more deliberate with everything you’re doing.

It’s also an interesting way to think about and experience weight loss/gain. If your weight is going up or down it’s always so gradual you may not appreciate the difference you’ve created. With Omorpho you know instantly what it’s like if you had five more pounds on you.

If it sounds like I became more than a fan and product-tester, it’s true. I ended up becoming an investor and through the founder Stefan I’ve had the privilege of joining the Omorpho advisory board. It’s an amazing group and I’m grateful to be in the room with some brilliant people.

From a business perspective, everything about Omorpho is informed by user experience. They’re regularly talking to material scientists to improve the garments and develop high-performance products. They’ve been able to drop the price thanks to manufacturing efficiencies. Before they launched, they game-planned every possible scenario on how people would respond to the product. They quickly learned it was important for people to see it, touch it and try it (like so many innovations), so they quickly responded with events, pop-ups and established partnerships with Equinox and Carbon38 who have physical retail spaces.

At the moment, Omorpho is seeing a really strong pull from the football community. But, I believe this brand becomes ubiquitous for any activity that wants a growth hack or a welcomed challenge. Pilates, tennis, hiking, running, biking, you name it – this fits.

Fun story – there’s someone at the league whose full-time job is to ensure that all on-court player gear is compliant with dress-code guidelines and that the league is staying ahead of any trends. If the gear is for training it gets categorized as equipment and is generally a non-issue. If it’s for on-court wear at team practice and games, it’s categorized as apparel – and comes with tight restrictions. He texted our equipment manager on a summer Sunday when I was in Spain: What is Plumlee wearing? What is that

My response was: I’m happy you asked – it’s equipment.