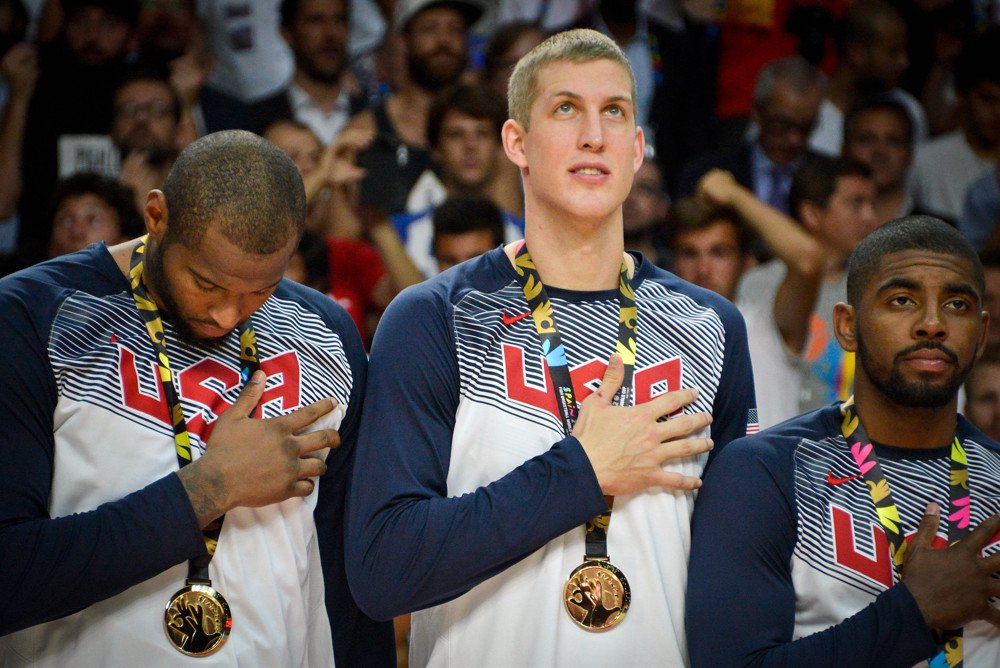 After the season, I had the honor of playing for and winning gold with the USA Men’s Basketball Team at the FIBA World Cup in Spain. I played once again for Coach K alongside guys like Steph Curry, Derrick Rose, James Harden. I originally was part of a group of young guys who were there to push the veterans during tryouts, but I played well and was asked to be on the official Team USA roster. We ended up going undefeated and beating Serbia in the championship game.