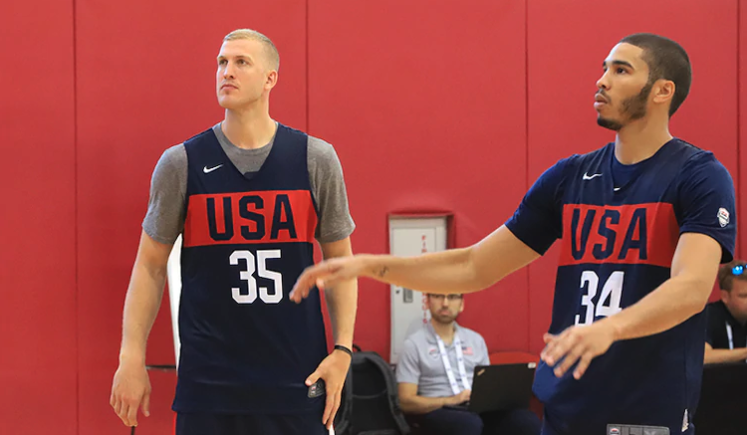 
As the USA Men’s Basketball Team held its first official practice Monday, Mason Plumlee was hard to miss. In typical fashion, he was active – hustling, setting screens and making impactful plays on both sides of the court.

Plumlee isn’t as heralded as some of his teammates and is the only player who doesn’t start on his NBA team, yet Team USA head coach Gregg Popovich believes the veteran center could potentially be a valuable cog on the USA’s FIBA World Cup roster.

“He is one of those, I call them, utility-type infielders. They’ll do whatever is asked, “Popovich said on Monday. “He plays good defense, he rebounds, he runs – he’ll do whatever it takes for his team to win. He’s an ultimate teammate and that’s why he’s here.”