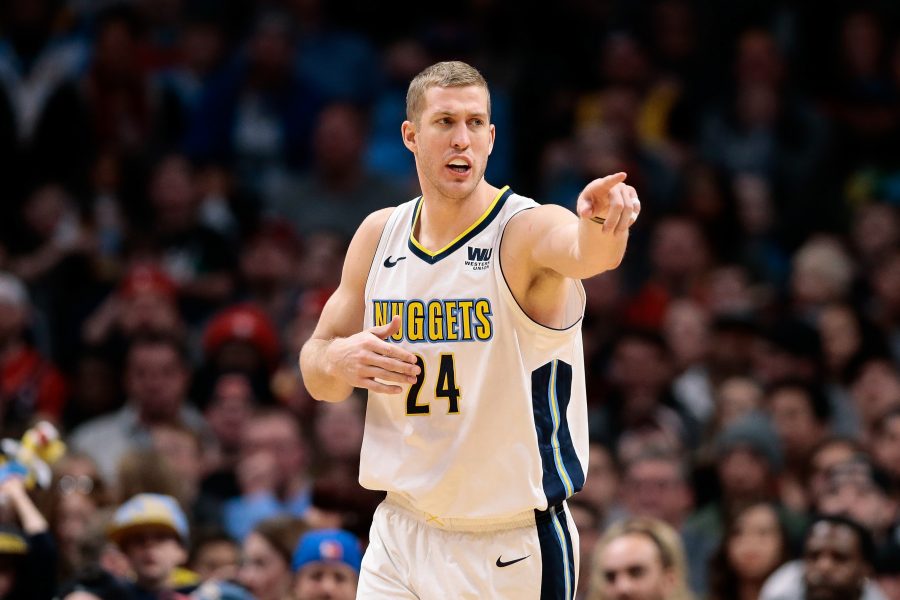 
Mason Plumlee is now first in defensive rating on the official NBA leaderboard at a stunning 95.4. (For context, consider that the Oklahoma City Thunder have the league’s best defensive rating at 101.4.) While his per game stat line does not look dramatically different from last season, the greater impact he’s having on the court, especially on the defensive end, is impossible to miss.

Here is a look at some of his blocks and steals from the first 22 games of this season:

The new, healthy version of Plumlee flies around the court, contesting, deflecting and blocking shots, jumping out into passing lanes to intercept bad passes, poking away and nabbing the ball from the players he’s guarding or helping on, and generally being a pain in opposing offenses’ neck.

One stat which has seen a clear jump for Plumlee is his steals, where according to CleaningTheGlass.com his steal percentage has nearly doubled from 1.4% to 2.7%, moving him up from the 73rd to an elite 97th percentile for his position. Notice in the video, however, how a fair number of these are actually a form of rim protection, as he swats and picks off lob attempts which would otherwise be setting up easy buckets. These types of plays which are largely predicated on athleticism were fewer, further between, and far less explosive last season, serving as the proof in the pudding that his return to full health has genuinely had a major positive impact on his performance.