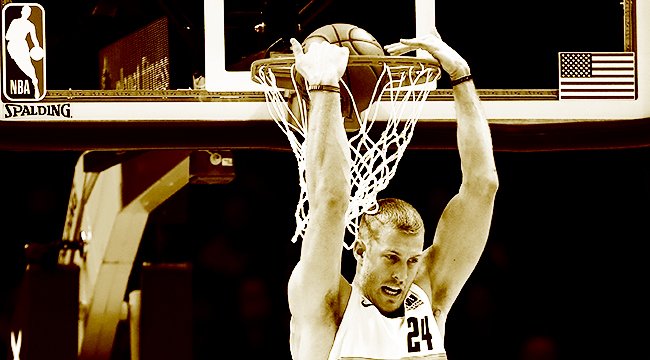 He’s gotten close, but the pursuit of his first-career triple-double is still ongoing. Instead, Plumlee’s versatility has manifested itself in other ways. Per basketball-reference, Plumlee is playing more power forward this year than he has at any other point in his career. That decision has paid off — lineups with him and Nikola Jokic (who Plumlee praised for being “a great player”) on the floor together, according to Cleaning the Glass, are clobbering opponents by 9.2 points per 100 possessions.

Part of what makes Plumlee such an asset to Denver is his ability to fill in gaps based on what the team needs on a given night. He leads the team in block percentage, sits in second in rebounding percentage (behind reserve big Jarred Vanderbilt) and effective field goal percentage (behind other reserve big Thomas Welsh), and is seventh in assist percentage. Only Jokic, Paul Millsap, and Monte Morris are worth more win shares, Jokic and Millsap boast higher PERs, and only Jokic tops him in BPM and VORP.

His role changes on a given night; if the best ability is availability, the second might be versatility, which Plumlee possesses in droves. The big man prides himself on “making the right play at the right time,” whether that means trying to score, crashing the glass, or using his ability as a passer.

“You just say, ‘How can I affect the game? How can I help the team?’” Plumlee said. “Tonight it was passing it a little bit, but you’re right. Every night is different, and I think that’s the sign of a team with good players, because a lot of these guys are used to scoring. Guys find different ways to affect the game, whether it’s a rebound, getting a loose ball, or whatever.”