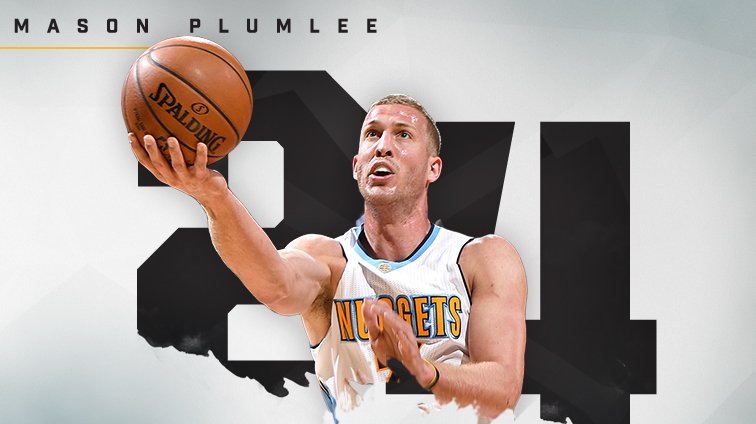 Plumlee was at his best at the rim. Encompassing his entire season – both with Portland and Denver – he shot 64 percent in the restricted area, and the vast majority of those were dunks. He threw down 132 dunks during the season. If you add in layups, 250 of his 334 made field goals (74.8 percent) were either layups or dunks.

He was big on the offensive glass for the Nuggets, averaging 1.333 points per possession on putbacks, and shooting 72 percent (18-of-25). It can be expected he’ll bring those energy plays back with him next season.

DEFENSE. If the Nuggets change things schematically on defense, in all likelihood it will be to tilt things toward how Plumlee played on that end. With aggressiveness. He hedged high on most screen-rolls and sprinted back to recover to his man. In the 27 games in which he played, he led the Nuggets in blocked shots – by far – with 29. Nikola Jokic had the next-highest number with 18.