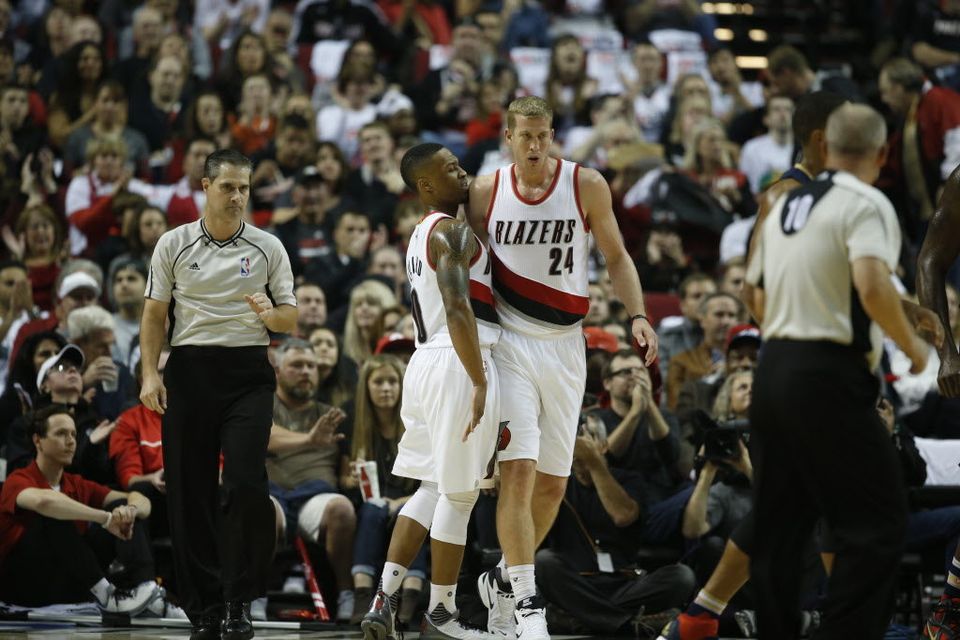 By Joe Freeman, The Oregonian

Lillard and Plumlee had developed a tight bond the last two seasons, sharing a common passion for winning, working hard and playing the game the right way. Lillard is the Blazers’ captain and undisputed leader, but he said Plumlee — like him — was never shy about speaking up in the locker room or during a game when he felt like the team needed a reality check. Lillard said he always respected how hard Plumlee worked and how unselfish he was as a player.

“I just told him how much I appreciate him as a teammate and he was one of my favorite teammates that I ever played with,” Lillard said. “Not just in the NBA, but in my life period. I’ll miss him for sure.”

Plumlee, who arrived in Portland as part of a draft-night trade in June 2015, had blossomed from a niche player in Brooklyn into a versatile starter in Portland. His game expanded and flourished under Stotts, who allowed Plumlee to showcase his playmaking and ball-handling in ways he was never allowed in Brooklyn. Plumlee is in the middle of a career season, averaging career-highs in scoring (11.0 points per game), rebounds (8.1), assists (4.0), blocks (1.2) and steals (0.9). Athletic and versatile, Plumlee is a player capable of recording double digits in assists one night and double digits in rebounds the next.

All the while, teammates say, he is uniquely unselfish.