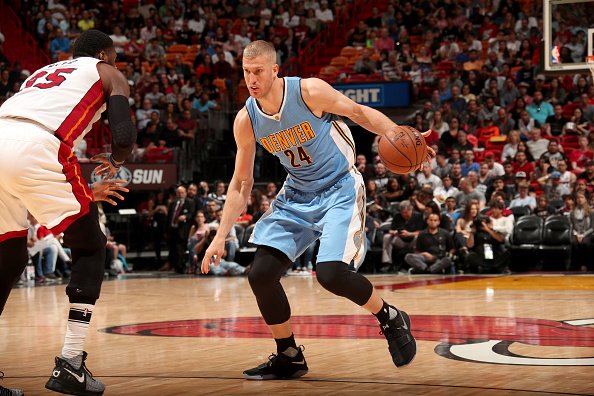 Denver is simply playing better since the deal. With wins over teams like the Golden State Warriors and the Boston Celtics, along with three road victories in a row, the Nuggets are simply coming to play more frequently than they were before the trade. Going 8-5 and having a Net Rating higher than +5.0 would put Denver in the upper echelon of NBA teams. Maybe not Golden State and San Antonio, but the Utah Jazz and Boston Celtics are very similar.

The drop off when Nikola Jokic goes to the bench still exists, but it is far less drastic. Plumlee has done a great job of filling in for Jokic, and while the bench has had some identity issues of late, they are much more to do with the guards finding themselves rather than Plumlee struggling. The big man has accumulated 9.3 points, 7.3 rebounds, and 3.6 assists in just 24.3 minutes per game. With multiple high assist outings in his time here, teammates are starting to adjust to Plumlee’s game, one that will help the Nuggets while Jokic is off the floor.

Next, the Twin Towers lineup of Jokic and Jusuf Nurkic posted a -15.6 net rating in 108 minutes, according to NBA.com. The Nuggets thought this lineup would be an asset at the beginning of the year, but the way it was deployed was ill conceived, and the two just didn’t mesh well with the other three players on the floor. With Jokic and Plumlee, in 56 minutes so far, the duo has posted a +11.6 net rating, not necessarily because of an overwhelming talent disparity, but the way that the players play together.