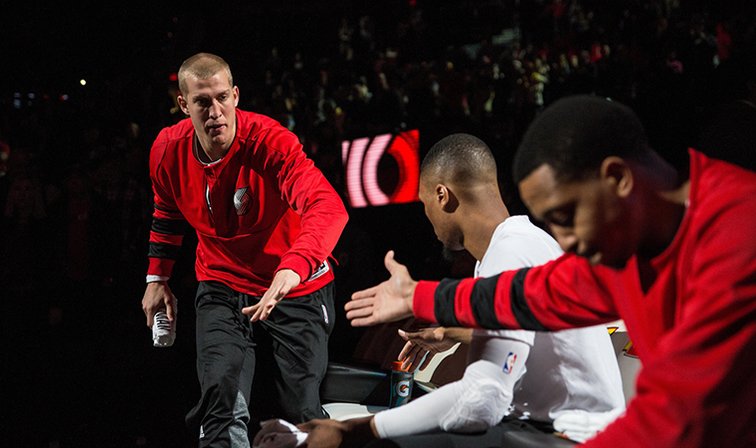 He has definitely turned into one of the most versatile centers in the game today and it was fun to watch.

With that being said, what Plumlee does best won’t show up on the box score. His hustle was incredible. Nine times out of ten, he was the smaller center on the court. However, he still found ways to muscle in rebounds and grab loose balls. His heart was in every game, and his lack of injuries helped play in every game possible for the Blazers. He embodied the Trail Blazer culture: quiet man who kept his head down and let his play do the talking. His quiet leadership was there and he was vocal when needed. Combine that with his vey high basketball IQ and you have a fantastic young player and obvious fan favorite.

Mason Plumlee brought humor, delight and heart to Portland. His smile, humbleness and character will be missed for years to come. McCollum and Lillard would not have said such kind words about him if they weren’t true and coming straight from the heart. Good luck in Denver, Plumlee. We hope there’s a whole lot of “Mase” in opponents faces down there.

Check out his farewell message to Portland here.